It was a beautiful time for everybody、 just like taking a nap with musical blankets.

Of course I was able to have a rich musical experience, again.

I composed new two songs for the concert, which was held at my friend’s house in New Jersey.

One song was for my friend and hostess of the concert, Yoshiko, who lives in the house with her family.

When I saw the pictures of her house a few days before the concert, I was so surprised that there was such a nice and wonderful room and a melody sprung to mind.

I was excited to think about how she would feel when she listened to it.

On the way to her house, I looked outside from the car after getting off the freeway, as the scene gradually changed from an urban landscape to a rural one.

After going up a sharp hill, I could see a huge house, like a mountain lodge! 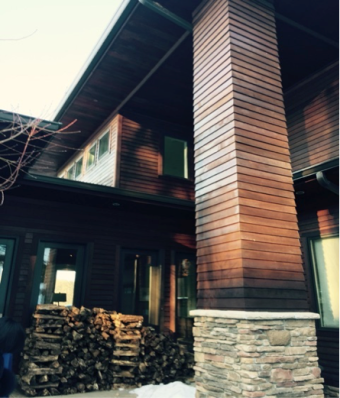 That was my friend’s house. 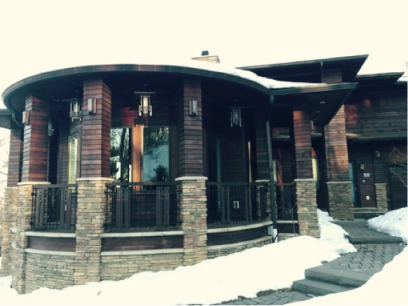 There is a piano inside this room. 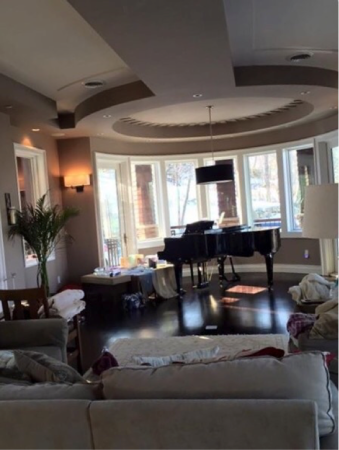 The big grand piano was placed in this large open space by the windows.
My friend’s husband presented it to her last X’mas.
How nice!!

My friend is a professional ear massage instructor, so she demonstrated an ear massage in the basement while I prepared for the concert.

I started to set my crystal bowls beside the piano while hearing their laughter coming from the basement. 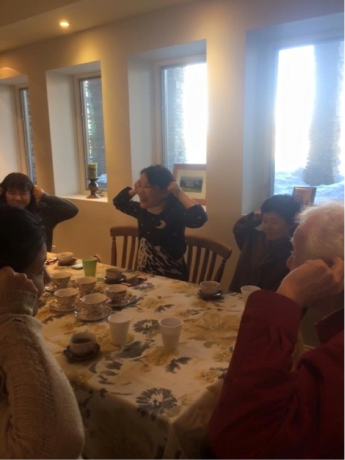 I just tried to play one key on the piano gently, and I felt the sound move carefully around the room, little by little.

Here I am, playing my crystal bowls. 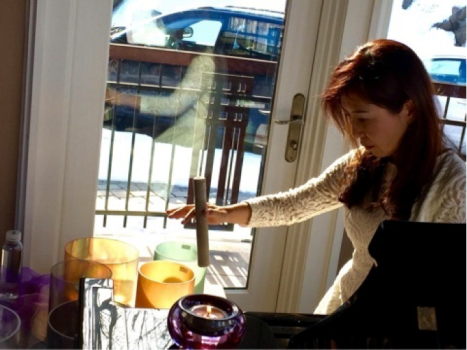 Then I started my performance. 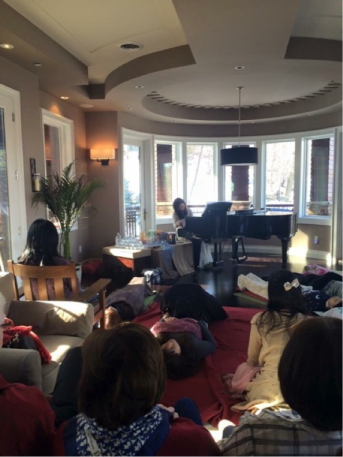 The audience was very relaxed.

They listened and felt comforted by the sounds. 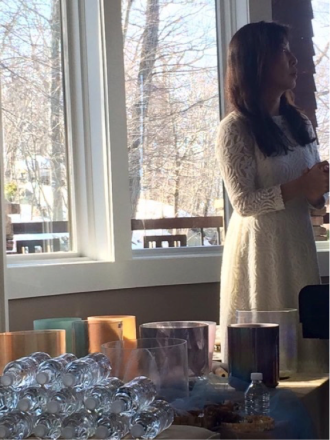 The water bottles were placed in front of the crystal bowls, which, when played, help to purify the water.

I was happy to play in the sunlight, moving from one side to the other outside.

It was the first time I felt the outside during my performance, even though I was playing inside.

I played freely; I played songs I had written before the concert, but I also improvised. I really enjoyed it.

After the concert, we enjoyed the refreshments. 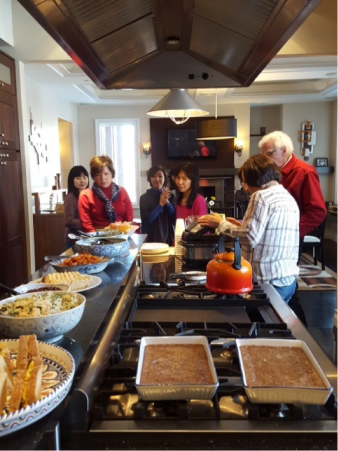 The kitchen was so huge too!
The foods were so delicious! 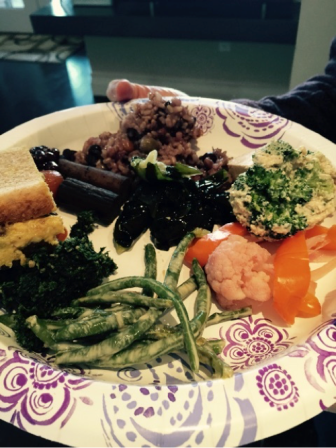 Thank you to Yoshiko and her family! 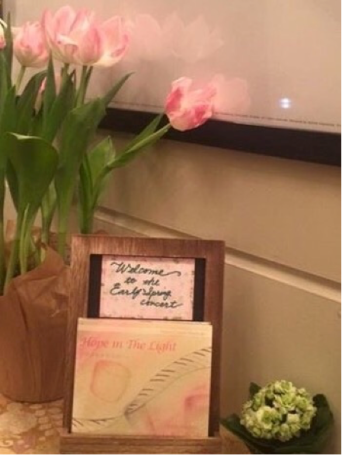